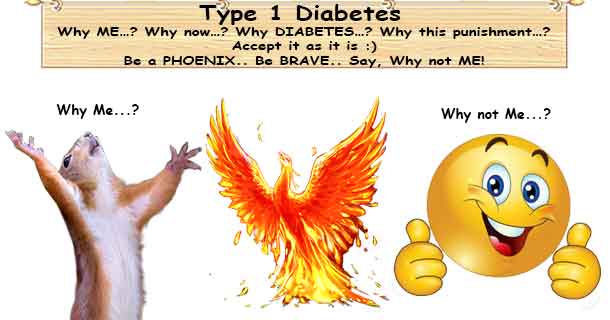 If the body’s insulin production is insufficient or stopped, called as type-1 diabetes. The autoimmune disorder causes T1D and needs to treat with insulin shots.

Type-1 diabetes is also known as Insulin-Dependent Diabetes Mellitus (IDDM) and juvenile diabetes. It is spelled as type-i diabetes, diabetes one and diabetes 1.

Formerly, it was known as "juvenile diabetes," because it represents a majority of the cases in children, teenagers, or young adults, but now we came to know that it can also affect adults.

What is Type-1 diabetes?

What is type 1 diabetes? Type 1 diabetes develops due to the autoimmune destruction of the beta cells in the islet cells of Langerhans in the pancreas. It usually ends up with the more or less absolute deficiency of insulin. This destruction process starts a long time before the illness diagnosed. Thus, there exists an opportunity for prevention of diabetes in the future.

Type-1 diabetes needs insulin treatment and healthy diabetes lifestyle change for proper blood-glucose level maintenance and to avoid diabetes complications. Insulin cannot be taken through the mouth because insulin is a hormone (protein) that is broken down by the digestive system.

Sometimes after initial treatment, some peoples have a period from a few weeks to a few months, when the pancreas is again start-producing insulin known as "diabetes honeymoon period." During this time, a person may need to take less or no insulin, depending on how much insulin you produce. After this honeymoon period, you need to take insulin for the rest of his life.

What is an autoimmune disease? Due to the combination of genetics and environmental triggers, the immune system overacts by producing antibodies that mistakenly attack their body tissues instead of fighting infections.

In the case of t1d, Immune system antibodies attack and destroy insulin-producing cells in the pancreas.

Scientists are not sure why it happens? But the immune system mistakenly sees the insulin-producing cells in the pancreas as foreign and destroys them. This attack is known as "autoimmune" disease.

The cells in the islets of Langerhans, where insulin secreted in the pancreas, and these viruses are similar.

Thus if infected by these viruses, then few individuals immune systems mistakenly attacked the islet of Langerhans by considering it as virus and damaged it permanently. As a result, insulin production is stopped leads to type-1 diabetes; it is mostly diagnosing after diabetic ketoacidosis (DKA) episode.

What is islet cells of Langerhans? Islets of Langerhans (or islands of Langerhans) is an irregularly shaped patch of endocrine tissue within the pancreas. The most common are the beta cells that produce insulin.

What is insulin? Insulin is the primary hormone in the regulation of carbohydrate, fat, and protein metabolism. Insulin is crucial for various metabolic processes; promotes

the metabolism of glucose by the body’s cells,

prevents the liver from releasing glucose,

encourage muscles to take up amino acids (components of protein), and

Inhibits the breakdown & release of fats.

Type 1 diabetes is one of the most common chronic illnesses of childhood and requires a complex and demanding treatment regimen.

Can type 1 diabetes be reversed? Sadly, no. Don’t lose your hope; there are numerous clinical studies are underway and expecting an early breakthrough.

Many believe the pharmaceutical companies put profit over principle, preferring to keep people living with diabetes dependent on costly insulin than to cure them once and for all. However, there are many parents of a type 1 diabetes child who are striving hard to find a cure.

Put your mind to meditate/pray for an early breakthrough. Pray for success to these positive minded people over negative.

Is it possible to save a partially functioning Pancreas? For more than a decade, clinical trials are underway trying to halt this endocrine failure by prescribing immune-modulating drugs to newly onset type 1 diabetes. During the stage of diagnosis, almost more than 90% of islets would already have destroyed. So the chance to save pancreas function is only possible if you can diagnose early before much damage.

Why me? Why now? Why Diabetes? Why this punishment? Why did God allow it to happen to me?

These questions are heartbreaking. Who on earth 'likes' this big D? It just happened. And it sucks. We can mourn the loss of the functioning pancreas, cry a little, and then move on.

It is distressing and life-disturbing to receive a diagnosis of a chronic disease such as diabetes mellitus. All at least most, when first diagnosed with diabetes experience the “Why me? Syndrome.” It is a common reaction!

Instead of having the attitude of a victim, change your thought, take your diagnosis as a life challenge and say “Why not me?”

Today, you are lucky to have numerous innovative tools to help you manage your diabetes effectively than ever before.

Once you accept your diagnosis; you can stop wasting your energy as being angry at it. Accept your responsibility and channelize your energy towards effective management of your condition. If you take control of your life, then you can thrive with diabetes!!!